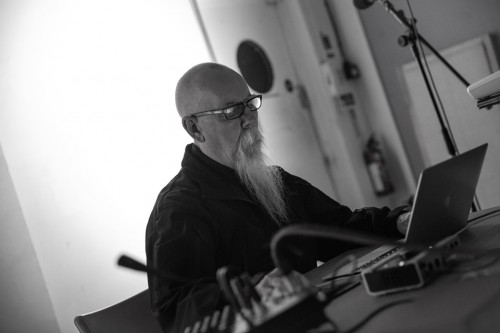 As a digital arts curator, Living was influential in setting up the BN1 project, a Brighton-based autonomous arts organisation. Described as a “museum without walls”, BN1 commissioned leading digital and installation artists, including Susan Collins, Thomas Köner, Simon Poulter, Michael Petry and Paul Sermon, to produce artworks for both traditional exhibition spaces and for the pubic domain. He has been an active advocate of digital technology, and within this role he has sat on a number of advisory boards, including those of the Arts Council of Great Britain, to help shape policy within the arts and their relationship to new media.

Bernhard Living’s digitally-based compositions have taken minimalistic compositional techniques to their logical conclusion, with his music being characterised by sparse textures, long periods of silence, maximal repetition and minimal variation. His philosophical program consists of research into a wide range of ideas and themes, including hypermodernism, digital connectivity, neuroscience, audio hallucinations, the nature of consciousness and the functioning of memory. He regards his compositions as forms of philosophic meditations, in which he explores philosophy with non-linguistic sonic means, his music being not only a means of self-expression, but also one for encouraging and developing a deeper and more complex thinking process. Influences for his work range from the historical avant-garde, including John Cage, Karlheinz Stockhausen, Edgard Varèse, Kazimir Malevich and Alexander Rodchenko, to contemporary loop-based dance music, particularly techno. In many ways, his music could be considered as an evolved non-dance form of techno, but one that exists within a different cultural context and along a different time continuum.

Integral to Living’s creative music practice has been his involvement with pedagogical activity, and he has taught at a number of organisations and institutions, including Dartington Summer School (Dartington), The Guildhall School of Music (London), Brighton University (Brighton) and The High School for Media Technology (Köln