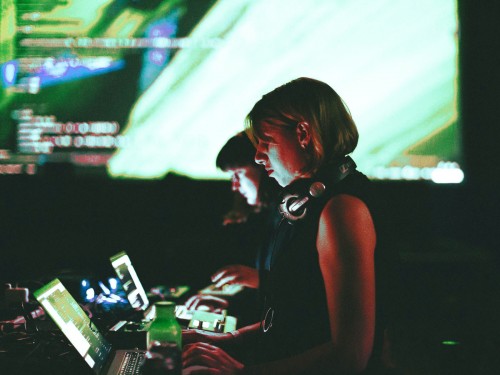 Shelly Knotts produces live-coded and network music performances and projects which explore aspects of code, data and collaboration in improvisation. Based in Newcastle Upon Tyne, UK, she performs internationally, collaborating with computers and other humans. She studied for a PhD in Live Computer Music at Durham University with a focus on collaboration in Network Music. She is currently a Post-doctoral Researcher at Durham University working on AHRC project: Musically Intelligent Machines Interacting Creatively.

In 2017 she was a winner of PRSF The Oram Awards for innovation in sound and music.